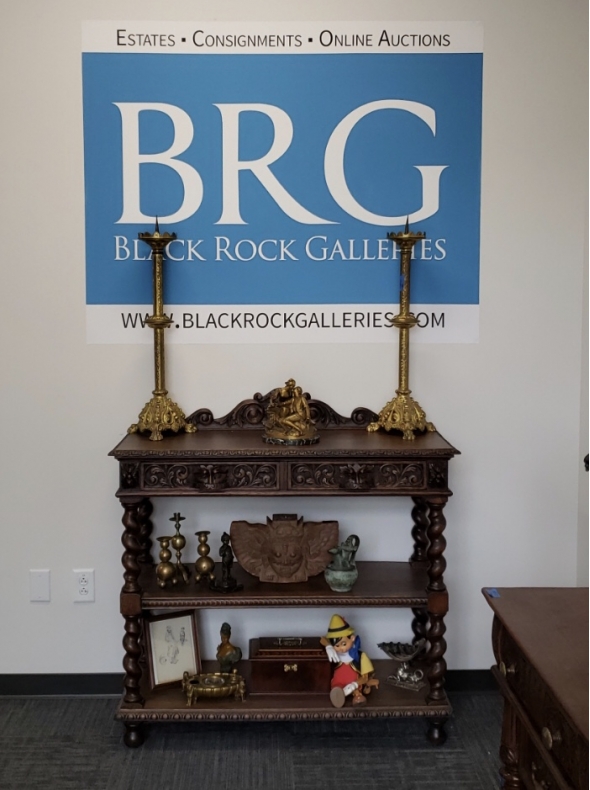 We’ve been blessed with much success the last few years — both in sales and in being able to source amazing talent. And so everyone at BRG is thrilled with several personnel changes that are afoot. With new locations and new positions opening, it’s time to move some people around! 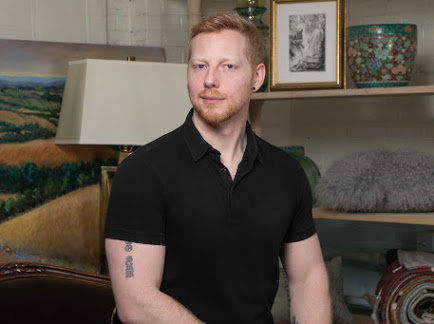 Move #1: Alec Bops Up to Boston

We are now thrilled to have full-time staffing at BRG-Boston. Our lead photographer, Alec Chvirko, has recently been promoted to general manager of BRG-Boston. Alec has proven his mettle beyond his incredible expertise in photography during his time at BRG. Along with his strong and steadfast work ethic, Alec's superior customer service skills have time and time again been appreciated by clients and colleagues alike. Add in his inherent interest in antiques, art, and all things vintage, Alec was the top choice for the GM role.

"Beantown" is not a new territory for Alec. Over the last 10 years, with his vast experience as a photographer, Alec has worked in studios in Boston, New York City, and across the northeast working with fashion, architecture and product photography. Of course, at BRG, Alec gets the chance to experience all three! There is no project that is too big or small for him to master (although he did manage to get lost two times in one of our massive Weston estates -- it was that big)!

Beyond his talents at BRG, Alec is a huge outdoor/extreme sports enthusiast, and, at the same considers himself a history nerd. In fact, he finds that he feels particularly “at home” in the estates industry because he thoroughly loves photographing and handling what he calls "really old and storied stuff." We're thrilled to have him segueing into his new general manager role and look forward to seeing him excel in along with the growth of BRG-Boston.

If you’re in the greater Boston metro area, Waltham in particular, on Wednesdays, stop by to meet Alec, and, if you happen to have something you’d like to consign in one of our upcoming Boston sales, Alec will be more than happy to help you. BRG-Boston’s telephone number is 617-279-0090 and is located at 318 Bear Hill Road, Suite B-1 (lower level) in Waltham, MA.

BRG’s business developer, Victor Suarez, is moving into the vacant general manager role at our Greenwich location. Victor has been with BRG for a couple of years drumming up estates for both BRG and our Clearing House Estate Sales brand. A true go-getter in every sense of the word, Victor’s ability to balance sensitivity for our clients along with his drive to earn them top-dollar for their personal and estate property make him the ideal candidate for the Greenwich GM position.

A baseball aficionado, Victor represented Kansas State University as a player in one of the Big 8 Conference in the early 1980s and had the unique opportunity to share part of his youth with Joseph Rodriguez, the older brother of Alex Rodriguez. Victor even helped train the young A-Rod himself during his high school years in Florida.

Beyond baseball, Victor has a solid and diverse background in business development with successes in the worlds of insurance, corporate law, venture capitalism and the not-for-profit sectors. He has served on the boards of several non-profit entities, including an international youth organization. Victor is passionate about helping and giving back to youth organizations.

As a business developer for BRG, Victor loves demonstrating his passion for the BRG process and the subsequent stress relief of clients who find themselves overwhelmed with the responsibility of selling/moving their prized possessions. In fact, he quips, "I love when I can say, 'My clients HAD doubts about getting top dollar for their property,'" when discussing the success of BRG's online auction model with potential prospects-turned-clients.

Victor will be based out of BRG-Greenwich and will continue to help develop new business for BRG and Clearing House Estate Sales. He is also taking on added responsiblities as the general manager of BRG's Greenwich location.

If you have some time on Wednesdays and are in Greenwich, stop by to meet our new Greenwich general manager, Victor Suarez. Plus, while you're at it, bring a personal treasure or two to consign in one of our upcoming sales. BRG-Greenwich’s telephone number is 203-900-1110 and is located at 179 Hamilton Avenue in Greenwich, CT. 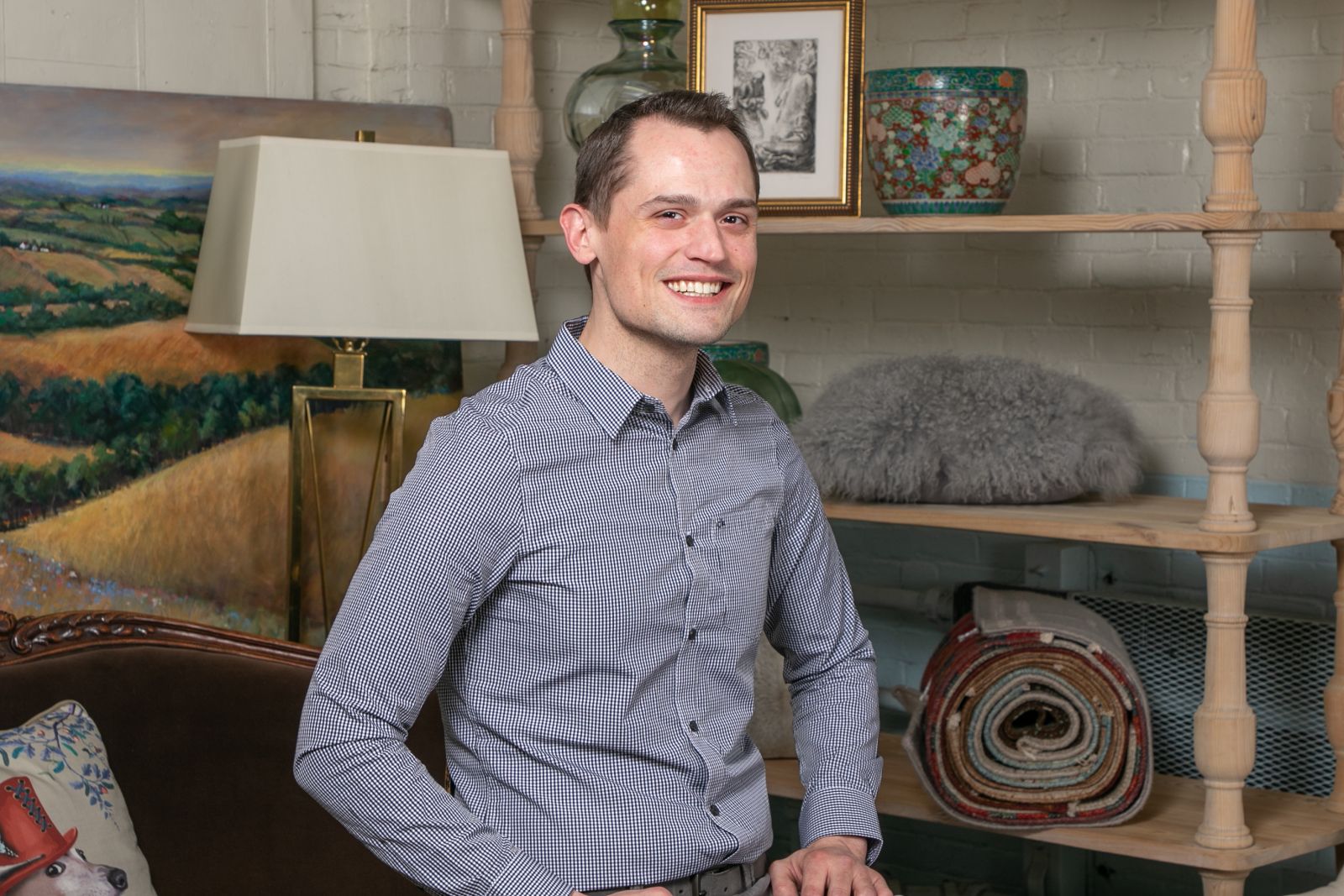 Perhaps the biggest move at BRG is to our newest location (which had its “soft-opening” this summer) in Raleigh, North Carolina. BRG has dominated the New England market and is now expanding into the south. Because this is an entirely new market and region for us, we needed to staff our Raleigh location with someone who understands our business model and has the talent to grow the business region from scratch. That person came, once again, from within the BRG family and is Michael Farrington.

If you’ve ever shopped our showroom in person, chances are you’ve met or seen Michael working his magic alongside BRG’s showroom manager, Roger Lebert. While the pair made the ultimate “dynamic duo” in terms of making our showroom a success, Michael was looking for a change — something more challenging. The timing couldn’t have been better. When the idea of BRG’s expansion beyond New England (with the opening of a location in Raleigh) was mentioned to Michael, he jumped at the challenging opportunity. Not only did Michael have to relocate to an unfamiliar area, he is tasked with helping BRG build a viable presence in the south.

In addition to physically moving to another state, Michael was simultaneously studying for the rigorous North Carolina auctioneer's exam -- which he passed with flying colors. Now that the exam is over and BRG has its auction house license, Michael is focusing on launching the inaugural BRG-Raleigh auction.

Michael is no stranger to moving. He was born on an Air Force base and was raised in a military family. His entrance into the world of antiques and estates started at a young age. When Michael was six years old, as a direct result of his mother's passion for tag sales and flea markets, he began collecting buttons (late 19th century Victorian brooch buttons in particular). After September 11, while his father and brother were deployed in Iraq, Michael (still a teenager) began selling antiques as a way to earn extra Christmas money to help care for his mother. Eventually, this segued into a full time sales career that helped feed his passion for antiques and education. A very fastidious and determined Michael eventually graduated from Ashford University with two B.A.s and had planned on teaching history at a private Connecticut school when he was offered a position at an auction gallery. After spending several years in the industry, Michael joined Black Rock Galleries as the assistant showroom manager.

Michael considers himself lucky to work in a field in which he is passionate and one that integrates all of his personal interests and hobbies -- estate sales, tags sales, rummaging through grandma's attic, and when the time and opportunity is right, a bit of healthy dumpster diving. He still collects buttons, but has branched out his collections to include antiquarian books, along with original 1912 Titanic mourning memorabilia and ephemera.

Michael's can-do attitude and sense of adventure allowed him to throw his name in the ring for the new general manager position at BRG-Raleigh. When he did, we knew he would be a wonderful fit for the job. With his collections and favorite feline, Simba, in tow, he is making a new home in the greater Raleigh region and now has the opportunity to grow his experience and talents as the new G.M. of BRG-Raleigh. We think he'll do splendidly there!

If you’re in the Raleigh area, pop-in to say hello and meet Michael. He is at BRG-Raleigh on Wednesdays from 10-5 and other days by appointment. BRG-Raleigh’s telephone number is 919-702-7000 and is located at 215 James Jackson Avenue in Cary, NC.

We are so excited that this amazing talent exists within the BRG family and can’t wait to see the continued success of Alec, Victor, and Michael as they grow their own talents alongside BRG. If you’re ever near any of our locations, pop-in and meet our GMs. They’ll be delighted to see you.

Judith Schalick
It is great to see Black Rock expansion. Intelligent quality management and great personal service to customers is becoming your hallmark. Rick, Jennifer and Duke have been terrific for an auction hound to work with. Thanks all. Judy Schalick
Lorraine Rubinow
Thanks for this posting. Great !
Monica Maye
This is fascinating news. Thanks for sharing. And I can attest to Alec Chvirko's great customer service skills - he's a standout at BRG.
SIGN IN TO COMMENT
It’s Moving Day at BRG. Black Rock Galleries provides high end estate liquidation services through online estate auctions and a 50,000 sq ft designer showroom. estate liquidator, estate sale, online auction, antiques, fine art, liquidation, clean outs, auction, consignment, interior design, fine jewelry, collectibles, appraisals, estate appraisals, estate services, decor, furniture, furniture consignment, antique center, consignment shop. We offer appraisal services and specialize in fine art, jewelry, antiques and decorative arts. Sell with us. Black Rock Galleries is the tri-state's largest estate liquidator serving New England and the greater New York City area. We are the trusted source for expert appraisals, auction services, estate sales, and consignments. Black Rock Galleries is the east coast's largest and most trusted estate liquidator, with locations in Connecticut, greater Boston, MA and Raleigh, NC, Dallas, TX. We are the best source for expert appraisals, auction services, estate sales and consignments. We have served thousands of families and estates with compassion, professionalism and expertise. BRG works with attorneys, executors, realtors and families to bring the greatest return on personal and estate property in the current market. Our unique combination of services make us the easy choice to get the job done in a timely and stress-free manner. We are with you from the initial consultation to the final clean out. Our house-built online auction software platform offers clients a dynamic approach to liquidating their personal property. This venue is most successful in bringing the best return with the least amount of disruption for our clients. See our services page for a complete description of this offering. It’s Moving Day at BRG