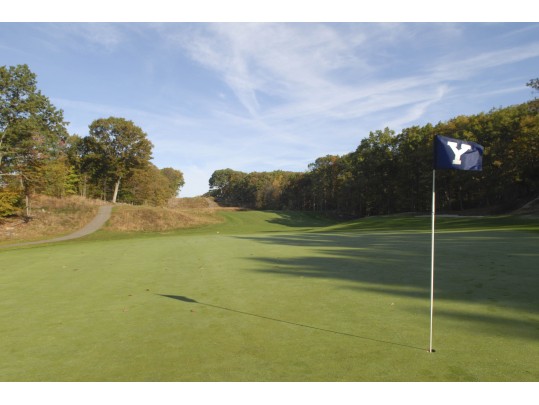 Round Of Golf & Clinic For Four Players At The Course At Yale, New Haven CT

Round of Golf & Clinic for Four Players with Yale Men's Head Golf Coach, Colin Sheehan, at The Course at Yale, New Haven CT

Yale Golf Course is recognized as one of the finest examples of early American golf course design. Large deeply bunkered greens and narrow rolling fairways are the core of Yale's penalizing character. In 1988, Golf Magazine ranked Yale as 71st among the 100 most difficult courses in the world. Many recognize the layout as the best collegiate course in the nation. Two of the holes- the 432-yard par-4 fourth and the 238-yard par-3 ninth - have been ranked among the 100 most difficult holes. The Yale course has been the site of every significant state championship, two USGA Junior National events, the 1991 NCAA Eastern Regional championships, and the 1991 ECAC Men's Championship.

Now in his tenth season, Yale has won numerous tournaments since Colin Sheehan began coaching. In June of 2011, Sheehan was named one of 12 finalists for the Dave Williams Award, given to the Division I coach of the year. In July of that year, he was named Division I Northeast Region Coach of the Year by the Golf Coaches Association of America, an award he also received following the 2012-13 and 2013-14 seasons.

The round of golf will be played on a weekday at a mutually agreed upon time between the winning bidder and the donor. Weekdays are suggested for a better pace of play.