Global Collection from the Estate of Ronald & Elizabeth Sher 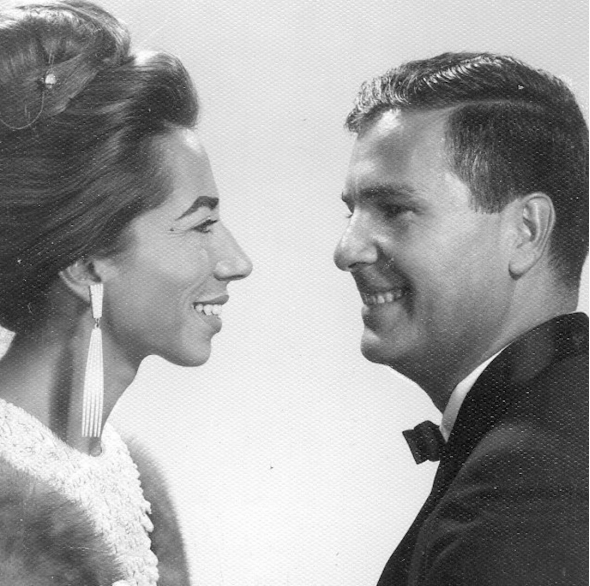 Cold War Era. National and international intelligence. Espionage. These are the very things that spy thriller enthusiasts and novelists love. While we can't be certain, it's quite possible that spy story enthusiasts could have had some interesting insights from the life-stories of Ronald ("Ron") and Elizabeth ("Betty") Sher — if they were privy to but a handful of the adventures and experiences of these well-traveled and talented former international government officers.

This dynamic couple held a variety of positions in different government agencies including the Department of Defence, U.S. Agency for International Development (USAID), Department of State, and even even the U.S. Mission to the United Nations. Their careers sent them around the globe -- near and far -- throughout Europe, Asia, and the United State. Some of their assignments included Germany, Hawaii, Laos, Togo, Senegal, Yugoslavia, China, and even back home in D.C. and New York. Between the two, they worked-in, traveled to, and explored over 55 countries.

Ronald was a foreign service officer in a military historian role within the U.S. Information Agency (USIA). The USIA was established by Dwight Eisenhower in the early 1950s as a full-service PR organization for the U.S. government. It was designed to promote national interests as post-war tensions in a growing communist-controlled world. Within some American circles, it was believed that propaganda was a useful tool to communicate American politics, ideology, and culture. At the age of 17 with World War II in full force, Ron began his life of serving his country when he enlisted into the U.S. Navy. The young man pursued his bachelor of arts degree at Brooklyn College, a master of arts degree from the University of Minnesota, and post graduate degree at the University of Wisconsin after receiving an honorable discharge form the Navy. By 1951, Ron began his career with the U.S. government in the Office of the Chief of Military History in Washington, DC.

Betty was born in Windom, MN in 1930. After graduation from high school, Betty spent several years pursuing the arts through music and singing in both Colorado Springs and returning home to Minnesota for special events. She appeared as a soloist with the Colorado Springs Symphony Orchestra, Colorado College Opera Workshop, Colorado Civic Theater Singers, and the Broadmoor Hotel, among others. Throughout her entire career, Betty pursued her musical interests and shared her talents in many of the countries to which she was assigned. By 1954, Betty's governmental career began in the U.S. Army Europe's Historical Division of Headquarters in Germany in 1954, where she met her future husband. They were married the following year. She was featured in a NY Times article by Gloria Emerson as well as other news and media outlets.

After retirement, the couple moved to Windom, MN in 1980 and continued serving their community in various capacities including senior citizens programs, charities, and political events. A decade later, they eventually settled in Fearrington Village an upscale planned residential development in Pittsboro, NC not far from Chapel Hill. Here too, they served their community both on the board of directors and teaching at Duke University, in addition to other community service activities. Ron passed away in 1999. Betty survived him for more that two decades and passed away in 2021.

The Estate of Ronald & Elizabeth Sher

BRG is pleased to offer the distinctive contents of the estate of Ronald and Elizabeth Sher. This unique and interesting estate showcases their lifelong collection of furniture, art, decorative arts and more -- all hailing from the innumerable domestic and international locales visited and lived-in by the couple during the course of their lives. Their beautifully kept home in Fearrington Village of Pittsboro, NC holds an eclectic treasure trove for bidders of every style, taste, and budget.

Here is a small sampling of BRG's employee favorites from this estate collection...

If these items could only talk! One can only imagine the stories behind the unique pieces collected from their travels and official international government interactions. We hope you enjoy the collection and storied history of Ron and Betty Sher as much as we do.

If you have a question about any of the items contained in this estate, please let us know.

*Photos provided by the estate of Ron and Betty Sher.

SIGN IN TO COMMENT
Global Collection from the Estate of Ronald & Elizabeth Sher. Black Rock Galleries provides high end estate liquidation services through online estate auctions and a 50,000 sq ft designer showroom. estate liquidator, estate sale, online auction, antiques, fine art, liquidation, clean outs, auction, consignment, interior design, fine jewelry, collectibles, appraisals, estate appraisals, estate services, decor, furniture, furniture consignment, antique center, consignment shop. We offer appraisal services and specialize in fine art, jewelry, antiques and decorative arts. Sell with us. Black Rock Galleries is the tri-state's largest estate liquidator serving New England and the greater New York City area. We are the trusted source for expert appraisals, auction services, estate sales, and consignments. Black Rock Galleries is the east coast's largest and most trusted estate liquidator, with locations in Connecticut, greater Boston, MA and Raleigh, NC, Dallas, Apex, TX. We are the best source for expert appraisals, auction services, estate sales and consignments. We have served thousands of families and estates with compassion, professionalism and expertise. BRG works with attorneys, executors, realtors and families to bring the greatest return on personal and estate property in the current market. Our unique combination of services make us the easy choice to get the job done in a timely and stress-free manner. We are with you from the initial consultation to the final clean out. Our house-built online auction software platform offers clients a dynamic approach to liquidating their personal property. This venue is most successful in bringing the best return with the least amount of disruption for our clients. See our services page for a complete description of this offering. Global Collection from the Estate of Ronald & Elizabeth Sher